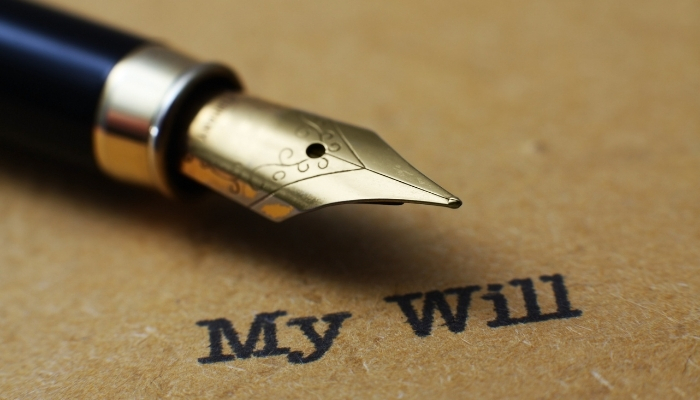 What are the types of will in India? A simplified and compact version!

There is more to a will than just the distribution of property. By making a will one can not only control who gets the property after his or her death but also decide who will take care of the property until its final devolution. Choosing the right executor or guardian becomes especially important when the beneficiaries are young.  The testator of the will gets the chance to ensure that the property rights reach the intended hands thereby reducing familial conflict and speculation over the question of what ‘would have wanted.

The availability of different types of will in India allows anyone to formulate a will specific to their needs. Through a will one can opt to have property distributed to multiple beneficiaries, donate to charitable foundations, leave someone out or put out certain conditions on the beneficiaries to receive the property. what are the types of will you ask well then you are at the right place.

But before we begin…

What is a will?

A Will or Testament is a legal document declaring the allotment or distribution of the testator’s assets after his or her death and often includes the name of the executor(s) responsible for taking care of the assets till their final distribution.

When a person dies without making a Will it is referred to as the state of intestacy The decision regarding the assets of such a person is automatically put into the hands of the probate court and state officials.

Historically speaking, a Will was said to deal with the real property while a Testament explicitly referred to personal property. However, both are now used interchangeably. Thus Will validly applies to both real and personal property.

The Indian Succession Act, 1925 was enacted affixing certain rules and regulations governing the wills made by people before their death and deals with the cases of intestacy.

Succession or Inheritance is of two types-

There are several laws for non-testamentary succession in India since different communities have different succession laws explicitly for members of their community.

The testate succession in India is governed by the Indian Succession Act, 1925  applicable to the Wills made by Hindu, Buddhists, Sikhs or Jain. The Wills made by Mohammedans are however governed according to Muslim Sharia law.

What are the different types of Will in India?

A Privileged Will can only be made by a soldier, airman or mariner engaged in an expedition or warfare. This type of will is very special and can be made only in extraordinary circumstances. Persons such employed have been excused from the legal requirements and given the privilege to make simpler wills.

A Privileged Will can be given in writing or orally. Such a Will, if written by the Testator, does not require a signature. Will signed by the Testator need not be attested by a witness. if a will is written wholly or partly by another person and not signed by the testator it will still be considered valid if it can be proved that it was written on the directions (such as verbal instructions) of the testator or the testator recognizes it as their own.

All types of will other than privileged will are called unprivileged wills made by the common masses. They require certain conditions to be fulfilled in order for them to be considered legally valid.

Such a Will comes into effect only after the fulfillment of certain conditions or the happening of a contingency. It could refer to a future event such as attainment of a certain age. This means that if the contingency does not occur or the conditions are not met, the will stands legally invalid.

A joint will is a type of will wherein two or more people, usually married couples, formulate a conjoined will. It depends on the conditions of the agreement of the will whether it is enforceable after the death of both the signatories or of only one. This means that the will determines what happens to the assets of the owners of the joint will after one spouse dies and also when both partners die. The terms of such a will cannot be altered even after the death of one testator. This inflexible provision proves to be problematic for the living spouse since they can no longer make modifications to the will to suit their aspirations.

Generally, only one will is made for an individual testator. However, the testator can, if he or she wishes to or for the sake of convenience, can make different wills to dispose of the properties. For example, separate wills can be made for properties located in different geographical locations or one will could deal with the distribution of immovable property and the other for movable property. these co-existing wills declaring the testament of the testator are called concurrent wills.

A mutual will is a will in which two people mutually formulate a will based on certain terms and conditions. Mutual wills, also known as reciprocal wills, are separate wills in which the testators create each other their legatee and give each other reciprocal benefits.

Mutual wills are usually made by married couples, especially those who have children from their first marriage. This type of will ensures that the deceased spouse’s property is passed onto his or her children and not to the new spouse of the surviving partner (in case of remarriage).

Unlike a joint will, a mutual will is intended to be irrevocable and expresses a mutual intention. a joint will is merely for administrative convenience.

Such duplicate wills are created for security purposes to ensure the proper execution of the will after death. the original copy is usually kept with either the testator, executor or trustee while the other copy is kept in safe custody like in a bank locker.

These types of wills are formed for some ulterior motives usually immoral purposes such as acquiring property not belonging to the claimant or deceiving someone. An essential element of any will is the intent of the testator. Sham wills are made by fraud or coercion and thereby take away the free agency of the testator.

Holograph wills are the wills handwritten entirely by the testator himself. Such wills are highly legitimate and put greater emphasis on ensuring that the will is properly and duly executed. It must be handwritten however it need not be attested by a witness.

The decipherment and verification of the handwriting of the testator can prove to be an obstacle in the proper execution of the will after the testator’s death. Vexation created by such a will is further deepened depending upon the length and complexity of the terms used in the will.  This creates hassles for the family members.

There is no ideal time to make a will but it is always better to plan ahead for the sake of your loved one or other financially dependent. The good thing is that you don’t necessarily need a lawyer to make a will. But make sure that it can stand up to scrutiny. Gathering knowledge about wills is a good approach to start the process. Click here to know more about how to make a will in India.

A student pursuing undergrad from Delhi University having interest in Law.